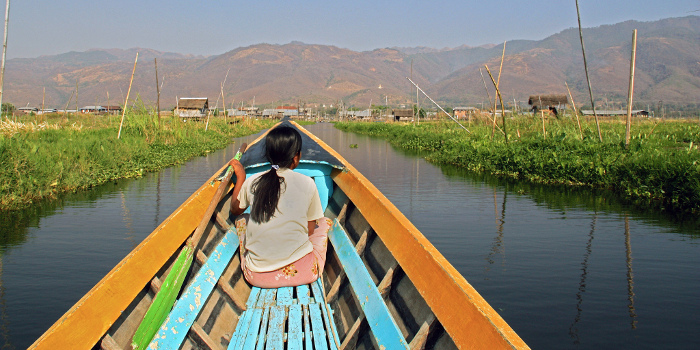 The potential for agriculture in Myanmar is enormous, given the country’s favorable geographic location and resource endowments. Government statistics show it is the largest economic sector and the main source of livelihood for nearly 60 percent of the population. Yet agricultural productivity in Myanmar is low compared with most of Southeast Asia. Achieving productivity levels similar to those of its agro-ecologically similar neighbors could significantly raise rural incomes and reduce overall poverty and malnutrition. Doing that will require large amounts of investment by government and private agro-enterprises of all sizes. Government policies will likewise have an important part to play in creating an enabling environment for private sector growth. Yet for the past several decades, little has been known about the rural economy of Myanmar. In fact, it was only 2 years ago that the first census since 1983 was conducted, resulting in a revision of official population estimates from 61 million down to 51.5 million. Official yield information has typically been inaccurate, and poverty data, calculated using the UN’s Integrated Household Living Conditions survey, has been revised and debated. With information generally lacking, generating evidence-based policy presents challenges.

To gain better insights into rural livelihoods in Myanmar, IFPRI partnered with the local research institution the Centre for Economic and Social Development, the Mon State Government, and Michigan State University to conduct a household survey of 1,632 rural households in Mon State, which is flanked to the west by the Andaman Sea and to the east by Kayin State, beyond which lies Thailand. The team also conducted extensive interviews with farmers, traders, processors, local leaders, and government officials generating valuable qualitative insights. The results of the survey were used to analyze the different sources of income for rural households, as well as their socioeconomic characteristics, with a view to identifying potential pathways to raising incomes and stimulating inclusive rural growth. This builds on IFPRI’s previous work in the country under the ReSAKSS-Asia program analyzing the agricultural policy environment as well as more in-depth analysis of the seed and fertilizer sectors.

Mon State’s proximity to Thailand offers both opportunities and challenges to this impoverished region. On the one hand, the movement of migrants across the porous border into Thailand has resulted in a steady flow of remittances that is fueling investment, bolstering consumption, and ultimately supporting growth in the region. The household survey results show that remittances make up about 22 percent of total household incomes, second only to agriculture (24 percent). On the other hand, 31 percent of individuals aged 15 to 45 are abroad and about half of all households have a family member who has migrated. Labor scarcity has driven up local wages, cutting into the profitability of small family farms, the foundation of the rural economy. While about 5 percent of farmers have used remittances to invest in productive agricultural assets or fishing equipment, and about 19 percent invest in additional farmland, many others in the region have switched to less-intensive practices or left land fallow. Migration is both a cause and effect of low agriculture productivity. It is clear that agriculture in Mon State is undergoing a transformation fueled by remittance income. Policies and investments must help smallholders to move up to commercially viable farming or move out of agriculture into non-farm employment. The development strategy for Mon State calls for balanced actions that help marginal farmers transition to non-farm livelihoods and support those for which commercial farming is still a viable option. Reinvigorating the state’s agriculture must include modernizing input markets to boost productivity, improving irrigation systems, and strengthening extension for high-value horticulture, rubber, and aquaculture products. At the same time, infrastructure investments and institutions must provide foundations for sustained growth in nonfarm enterprises for workers who exit agriculture. Only about one third of households have parcels documented with an official title that confers relatively secure, transferrable use rights hindering a viable land market to allow farm consolidation. And, with only 37 percent of households with access to a secondary school, there is a dire need for investments in new schools and the teachers to staff them.

Mon State’s dependence on migration and remittance income can be a double-edged sword. Certainly, it makes the economy highly dependent on Thailand’s demand for unskilled labor. However, remittances are providing substantial income to Mon State households and fueling private investments in a large and growing service sector in Mon State. If some of these remittance resources can be redirected towards agricultural production and processing, Mon State may yet revitalize and transform its agriculture sector.