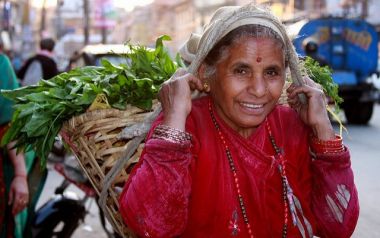 NEPAL’S FEDERAL TRANSITION: WHAT ARE THE IMPLICATIONS FOR AGRICULTURAL GOVERNANCE?

In the wake of violent conflict motivated by grievances over geographically-based inequalities, governments often devolve functions and authority from national to subnational governments. Giving greater decision-making powers to elected local authorities is believed to improve the economic, social and cultural inclusion of those from particular ethnic, linguistic, or religious communities. But devolution can have unexpected implications for the structure and provision of agricultural services, and models of successful adaptation can come from surprising places.

For example, Nepal adopted a new constitution in Sept. 2015, the culmination of the Comprehensive Peace Agreement signed in 2007 to end the country’s 10-year civil war between Maoist insurgents and the government. A central claim of the Maoists had been that the centralized and unitary nature of successive Nepalese governments had exacerbated inequality and failed to address the needs of local people. Consequently, one significant component of the new constitution was to transform Nepal from a unitary to a federal country and to devolve key functions, including agriculture, to the seven newly formed provinces.

Responding to a request from Nepal’s Ministry of Agricultural Development (MoAD—now the Ministry for Agriculture, Land Management and Cooperatives), IFPRI researchers sought to understand how such devolution could impact agricultural services. In a report produced in 2016, IFPRI provided technical guidance on how the agricultural sector could be restructured in light of these governance reforms.  A brief is also available.

When considering major concerns for agricultural governance under a federal Nepal, priority was accorded to those issues voiced by MoAD, the Ministry of Livestock Development (MoLD), civil society and donors about the restructuring process. Their perspectives were collected through more than two dozen semi-structured interviews conducted during January-March 2016. Such issues included the implications of restructuring for MoAD staff and agricultural policy planning, the status of the Nepal Agricultural Research Council (NARC), the role of agricultural extension and the status of food regulatory responsibilities.

This information was complemented with a survey of 50 District Agricultural Development Officers (DADOs) and 50 District Livestock Officers (DLOs) conducted during June-August 2016. To gain a wide and representative perspective, the DADOs and DLOs were drawn from 50 randomly-selected districts from across all five of the current development regions, all seven provinces proposed in the Constitution and all agro-ecological zones. In addition, a survey was conducted with more than 1,000 rural Nepali households about existing agricultural services and how they could be improved. Finally, the analysis provided a comparative perspective on how other countries with federal or highly devolved structures have organized their agricultural sectors, including India, Indonesia, Kenya, and South Africa.

The findings from the report were further refined through stakeholder consultations with MoAD and USAID in May 2016, with additional dissemination of findings in January 2017. As a consequence of both repeated engagement with high level policy makers and research informed by local circumstances, MoAD submitted a proposal to the Office of the Prime Minister and the Council of Ministers in March 2017 that incorporated many of the IFPRI report’s proposals.

For instance, despite initial resistance to the possibility of learning from an African case study (looking only at Asian models instead), MoAD staff were ultimately convinced that Kenya’s own devolution process at the time made it a useful model for Nepal, and select staff visited Kenya to learn more about their reforms. Moreover, MoAD took up some key suggestions from the IFPRI report, including that food technology and quality control should be shared national and state functions and that due to cost consideration and capacity constraints, MoAD should avoid replicating agricultural training centers in each of the seven new provinces and instead locate them only in those states where agro-ecological conditions were sufficiently distinct.